This release note actually covers both b18 and b17 (b17 was not previously released or documented publicly).

There’s a new way to download this release – no more downloading with a web browser. Instead, you’ll use the Download Assistant which is available in the Panorama X Database Exchange. Follow these steps to install this new version. 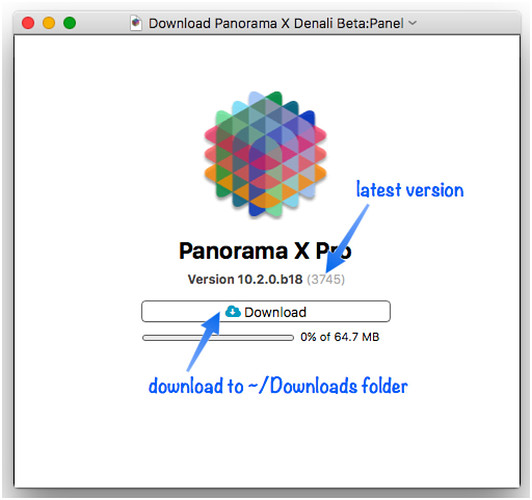 You’ll only need the Download Assistant this one time. From now forward, Panorama X will automatically check for updates each time you launch it (read more about this in the release notes below).

Here is the combined list of changes in the b17 and b18 releases. This update has taken a while to get out but it includes 47 documented changes.

You may be using the Database Exchange wrong. Find the file in the list on the left, and then click the Download button at the top of the window next to the Search box. Once it is downloaded, you can click the Open button. Then you can download the latest version of Panorama.

Find the file in the list on the left

Yes, but he should be able to use the Search box to find it in the first place. I think that is what he was saying didn’t work for him.

More than once it’s failed for me, but for reason. The discrete popup menu determines what gets found. 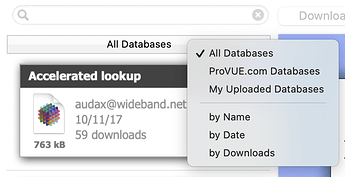