With two files that open to forms with Tab Panels, the tabs from one are drawn on the other under certain circumstances.

If the Green file opens first, the tabs and a button from the Blue file are drawn at the right location but within the wrong window. 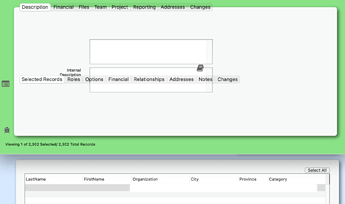 If the Blue file is opened first, all is fine. 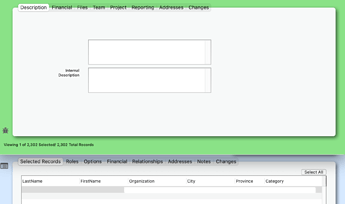 In the process of opening and closing these files, the Green file lost several elements of the form. They are not missing from within the Tab Panel; the one shown here in the Green form is under construction. The missing items are fixed elements from the top of the parent form of the Green file.

The two Tab Panel objects are using differently named variables, etc. I can find no overlap in anything about them.

I have tested this on two Big Sur computers and the two most recent beta releases with the same result.

Apparently I can avoid this by forcing the sequence in which files are opened, but in this case even opening the Blue file from the end of the Initialize procedure of the Green file got the same result and still deleted elements from the form.

I can’t prevent users from ever launching the Green file from the desktop and it does need the Blue file open. Even starting the Green file with a blank form, then switching only after opening the Blue gets the same result. Preventing actual damage to the file becomes a problem.

I think you’ll need to send me the files in question. You might also need to send a narrated movie to explain what’s going on.