Last night I received an email out of the blue that contained the very sad news that Peter Guerrini passed away last week. This news will instantly bring up memories for many of you, both online and in the real world. Peter was an early enthusiastic user of OverVUE and then Panorama, all the way back to 1985. He used it to develop custom “Track on a Mac” software that he sold to college athletic programs all over the country. It was one of the first commercial software programs written and sold based on Panorama. Track meet attendees were amazed hat how fast Peter could post race results thanks to Panorama. Peter became involved with actually organizing and running major college meets, and developed a system for online registration based on Panorama Server, called ezmeets.com. I believe this is stlll in use, and Peter was anxiously awaiting Panorama X Server. I’m sorry I let him down on that, not by much. In fact I was just a few days ago considering asking him if he wanted to be the first beta tester.

Peter was an incredibly kind, generous and intelligent person. He posted hundreds of answers on the old Panorama QNA discussion list, and was active in discussion around the early versions of Panorama X, not just publicly, but in private conversations with me, via email, via phone, and occasionally in person. Pete is one of only five Panorama users that I ever added to my favorite contacts list on my phone. We loved to have wide ranging chats about Panorama, aviation (Pete was a Navy fighter pilot and later a United Airlines captain), science, travel, photography, bicycling. I was looking forward to his input on Panorama X Server in a few weeks.

Back when ProVUE used to have booths at MacWorld Expo, Peter was always a huge help. He lived relatively close to San Francisco, so he would often drive in to help out as a volunteer with running the booth, demoing Panorama to customers and general encouragement. I know some of you met him in person in that capacity. One time I got severe food poisoning during MacWorld Expo, and Peter stepped in and took over the entire operation of the booth for me until I recovered.

Peter also attended most of the Panorama classes and seminars we had for Panorama, in the mid-90’s in San Francisco and 98 and 99 in Los Angeles, and also the online Panorama X course in 2015. Peter mastered any task and in these classes he was more likely to be helping others as he had quickly absorbed all of the material himself. Peter also served as my wingman when I met with MacWorld magazine editors about problems with the Panorama V review in 2005. It sure was great to have someone else in the room in my corner.

In spite of the depth of his Panorama involvement, it was just one small part of his life. He started out his career as a Navy fighter pilot, then became a Captain at United Airlines, eventually rising to the top routes.He was piloting a 777 from Paris to New York on 9/11, when he had to divert to Canada because of the attacks. He got involved in track meets because of his son Steve, who ran track. Peter turned that into almost a second career, and from all accounts he was beloved in the college track community. He also loved travel, and photography, and his wife (Teach), son, daughter-in-law and grandson.

Unfortunately I’m reaching a stage in life where this sort of sad news is happening more and more often. It doesn’t get any easier, though. I will definitely miss Peter’s humor, wit, and kindness in the years to come, as I’m sure will many of you. It was an honor to know and spend time with him.

Here is a tribute from his daughter-in-law: 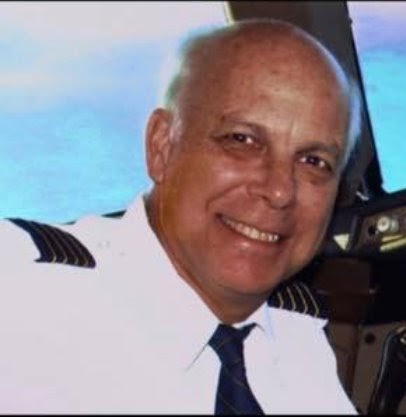 A blog that highlights Cross Country and Track & Field athletes in California.

And another tribute from a colleague in the track-and-field world.

Jim:
Thanks for your wonderful post expressing all that was good about Peter and the Panorama Community. I was one of the beneficiaries of Peter’s expertise with Pan and his love of track and field. He even flew into Boston one year to visit and help out at one of our major meets in the old Boston U Armory where I was using Track-on-the-Mac. I last communicated with him in May and he sent me lots of new information. I will miss him, his great smile and his friendship.

I remember the first time I saw Track On A Mac. I thought “This dude is really pushing the envelope”.

I didn’t know Pete as well as you did, but I always found him to be generous with his time, knowledgable and just a nice guy. I had no idea he was a commercial airline pilot.

Like you said, too much sad news these days.

A gracious and moving tribute to a fellow pilot whom I wish I’d met. Thank you Jim.